Skip to content
Patent numbers on movements always catch my attention. And movements with balance bridgesBalance bridges have two attachment points, balance cocks only one instead of cocks even more so. This is also the case with this Cymrex, about which I will report a little here. 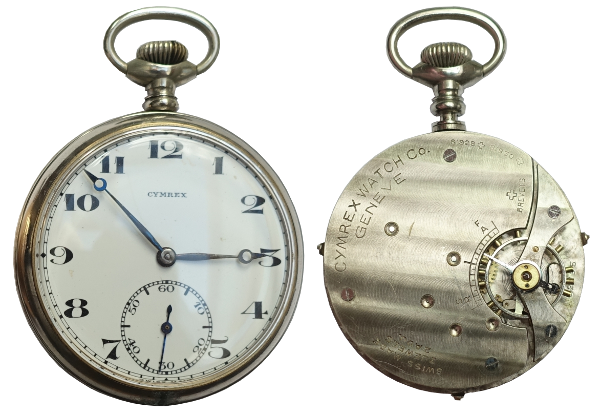 Let’s start with the manufacturer. CYMREX WATCH Co GENEVE is written on the movement and the CYMREX brand can also be found on the dial. This may mean that the watch and the movement come from the same source, but it doesn’t have to. So who was the Cymrex Watch Co?

As is so often the case, the Swiss Official Gazette of Commerce contains a notice on the registration of companies and trademarks:

A year after the registration of the Cymrex brand, the Cymrex Watch Co was finally founded in 1920. The Beaulieu Watch Co apparently continued to exist.

However, the company did not exist for long. As early as 03.05.1926, the company was officially dissolved, as it had ceased operations. The Cymrex brand was registered again by Record Watch in 1938, but this no longer has anything to do with the watches or movements presented here.

I could hardly find out anything about the business operations of Cymrex Watch. At least there are a few advertisements of Cymrex in different journals. One advertisement appeared in the British journal The Graphic on 16.04.1921. There the watch was advertised as accurate and cheap. The price was also given: 17s 6d, i.e. 17 shillings and 6 pence.

Also from 1921 is this advertisement by the British jeweller Burlingham:

The watch i advertised with an accuracy of 99.98 %. That sounds great, of course, but still describes a deviation of 17 seconds a day.

This advertisement appeared in The Bulletin in Sydney, Australia on 12.06.1924:

So Cymrex was probably quite active in the export business.

Let us now turn our attention to the factory and its patents. 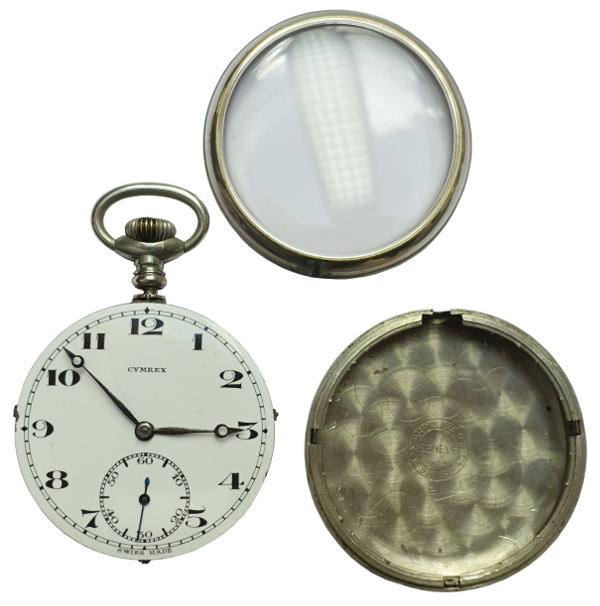 When removing the movement from the case, some special features immediately catch the eye: 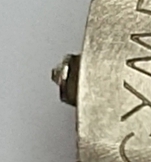 The movement shown above has a three-quarter plate. The same movement construction is also available with a detached barrel bridge, which makes changing the mainspring much easier. To distinguish between the two, I call the first variant type 1 and the second type 2.

Apart from this deviation, the technical data of the two Cymrex movement types are identical:

Here are a few insights into the interior of the movement: 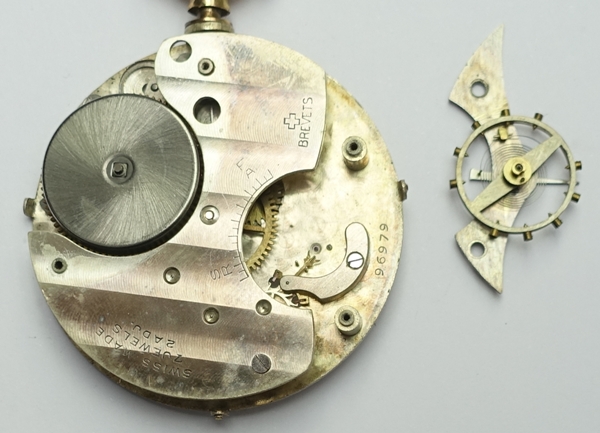 The ratchet wheel is mounted on the underside of the barrel:

The corresponding click is located on the movement plate (SK): 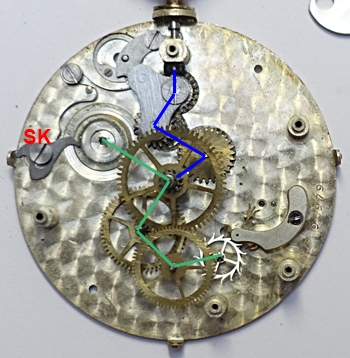 It merely describes the idea of anchoring the pendant in the movement rather than on the case.

Patent CH81930 of 1919 is also entitled Montre (Watch) and describes a mounting of the movement in the case back similar to the one shown above, but with the protuberances on the movement facing inwards:

But that’s not all, the Cymrex Watch received a total of 13 patents in Switzerland, France, Great Britain and Germany! CH81932, for example, describes the fastening of the dial with clamps shown above. And CH81934 describes the winding mechanism of the Cymrex movements:

CH98593 from 1921 is about a transparent dust cover. The drawing for this patent shows exactly the bridge shape of the Cymrex movements:

We can therefore assume that the Cymrex movements shown were built between 1919 and 1926. A number is stamped on the plate under the balance wheel, which may be a consecutive serial number. The highest number I could find so far was 144090, so the total number of movements produced by Cymrex could be around 150,000. I suspect that type 1 movements are older than type 2 movements because they have higher numbers.

One thought on “Cymrex – another forgotten manufacturer of watches and movements”