Skip to content
Today, there will not be a complete walk through the functioning of a movement, but a specific focus on the bidirectional winding automatic of a Citizen 6000. 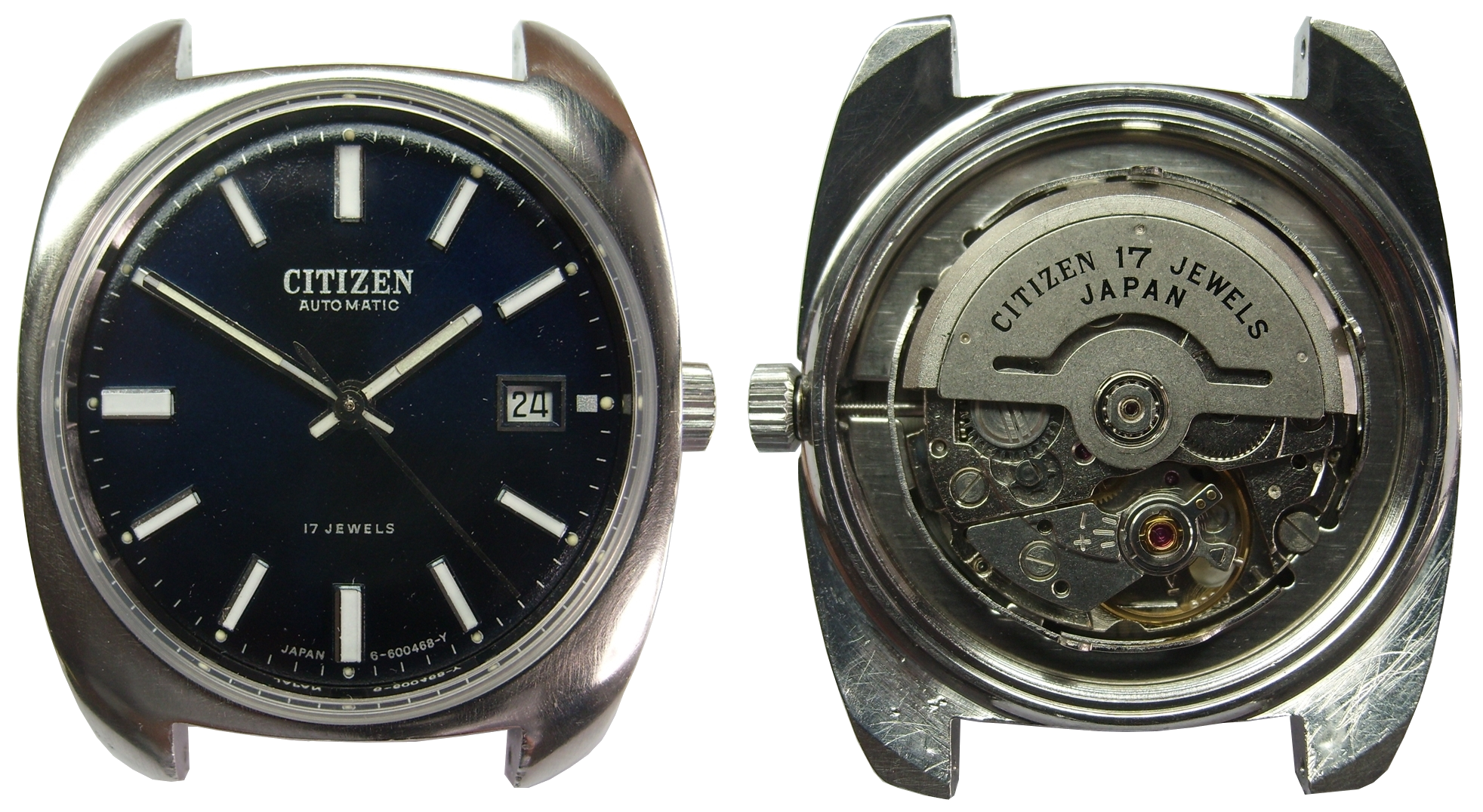 The Citizen watch shown here dates from 1971, so it is already 50 years old! The Citizen 6000 calibre automatic movement was built from 1966 onwards.

Before we start with the actual topic, first a few technical data of the movement:

From the same movement family there is also a calibre 6500 with automatic, day and date as well as a calibre 6080 with manual winding and without day or date. In addition, there are the calibres 6001 and 6501, in which a few parts have been changed in comparison to the 6000 and 6500. In my opinion, however, not always for the better, since, for example, the date driving wheel made of metal was replaced by a plastic part.

Citizen movements are unfortunately not a feast for the eyes in most cases – but they are as reliable as a tractor.

So let’s take a closer look at the Citizen 6000’s automatic. First, the rotor must be removed. 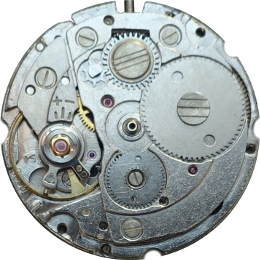 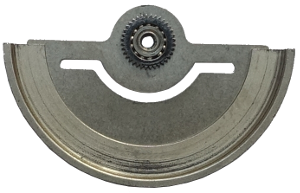 The rotor has ball bearings, and on the back you can see the wheel rim that engages with the reduction wheel at the top of the picture at 6 o’clock.

In this movement, the automatic is not a module that can be removed separately from the rest of the movement, as is the case with the ETA 2824-2, for example. Here it is integrated directly into the movement. So we have to remove the above-mentioned reduction wheel and the ratchet wheel – the large wheel at about 3 o’clock – to be able to remove the combined train-wheel-bridge and barrel-bridge. 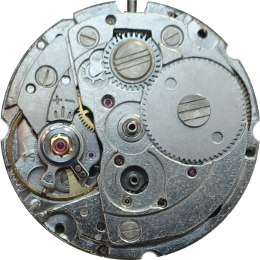 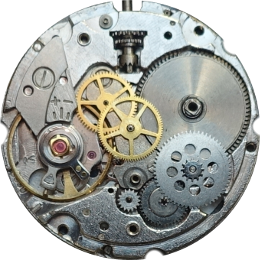 In addition to the wheel rim on the rotor, the automatic mechanism has four wheels (in the picture between about 4 and 6 o’clock) that ultimately turn the ratchet wheel and thus wind the mainspring. In the next picture, the ratchet wheel has been placed on top of the mainspring barrel to illustrate the power flow. Of course, this is normally above the removed bridge! 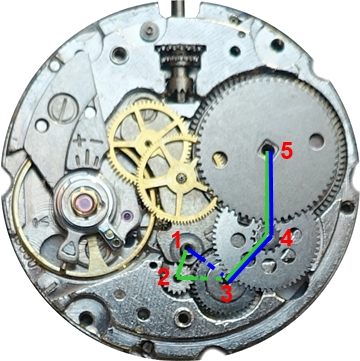 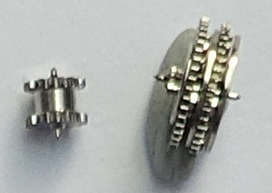 The wig-wag pinion thus has a pinion at the top and bottom, while the satellite wheel changer is made up of several levels. The latter is, so to speak, the heart of the automatic, as it ensures that the winding-up wheel always turns in the same direction, regardless of whether the rotor turns clockwise or counterclockwise. It is therefore responsible for winding the movement on both sides.

Unfortunately, the satellite wheel changer cannot be opened without destroying it. Here I have sacrificed a specimen from another movement: 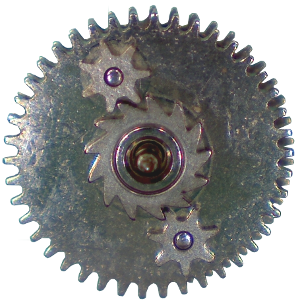 From the shape of the inner wheel, one can easily guess that the two small satellite wheels block it in one direction of rotation and not in the other. The satellite wheel changer is made up of two levels of this wheel combination. Each level thus functions like a pawl winding wheel, which is familiar from other automatic movements. The ETA 2824-2, for example, has two pawl winding wheels.

Incidentally, the satellite wheel changer also serves to decouple manual winding from automatic winding. With manual winding, the ratchet wheel turns, so that the wheels belonging to the automatic also turn. Without decoupling, the rotor would always rotate with the manual winding.

Let’s take another look at how the wheels of the automatic turn depending on the direction of rotation of the rotor: 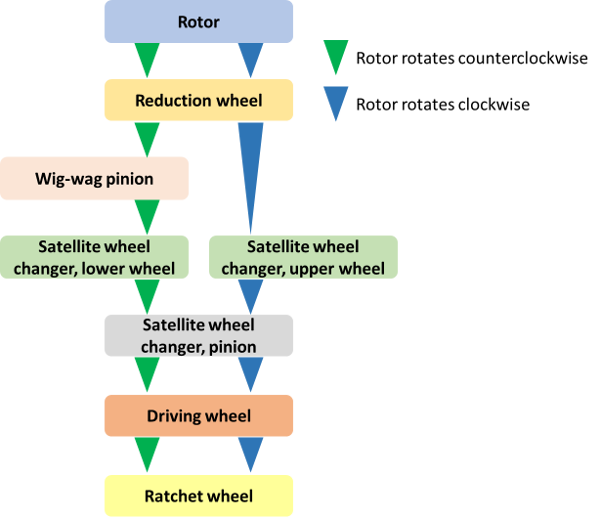 In this video you can see that the ratchet wheel always turns to the right, regardless of the direction of rotation of the reduction wheel, thus tensioning the tension spring:

And who invented it? Exactly, the Swiss! In this case Omega, the well know watch manufacturer. Swiss patent CH308940 from 1955 describes the details of the satellite wheel changer, but there it is used to wind the watch manually or via an automatic that is only winding in one direction of rotation. CH308939, also from 1955, describes the application to a bidirectional winding mechanism. The next picture shows a section of CH308940.