Skip to content
Print 🖨
Domenico Morezzi was born in Masserano, Italy in 1897, but moved to Switzerland early with his parents. At the Technicum in Biel/Bienne he graduated as a watchmaker in 1916 .

Until 1936 he worked in Grenchen, Switzerland. Unfortunately, it is not known where exactly he worked there. In 1937 he decided to return to Italy and open his own watch company there. He did not just want to build watches, he also wanted to develop watch movements.

The company was initially located in Milan in the Viale Regina Margherita 9. However, with the outbreak of World War II they moved to Oggiono. After the end of the war, the company returned to Milan, but to new headquarters in the Viale Bligny 28. Until 1955 they produced watches with their own cases, dials and movements there.

Because of internal conflicts Morezzi finally left the O.I.S.A. in 1955 and founded the new company F.A.A.O., the Fabbrica Artigiana Abbozzi Orologeria, in Corso Como 10 in Milan. The O.I.S.A. was apparently closed down in 1957.

Domenico Morezzi died in 1968. His daughters Carla, Gianfranca and his grandson Carlo Boggio Ferraris continued to run the company until 1978. After all, the company became a victim of the quartz crisis and had to close down its business.

Carlo Boggio Ferraris maintains the heritage of Domenico Morrezzi on his website www.domenicomorezzi.it (Italian only). You can find much more information and pictures there. Many thanks to Carlo for granting permission to use his material here!

Now, let’s turn to the watches and movements of OISA and FAAO.

OISA used the following brands for their watches:

Here’s an example of a XAROS WATCH: 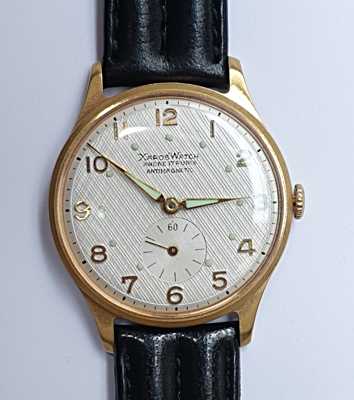 And a HEMEROS that looks like a car tire: 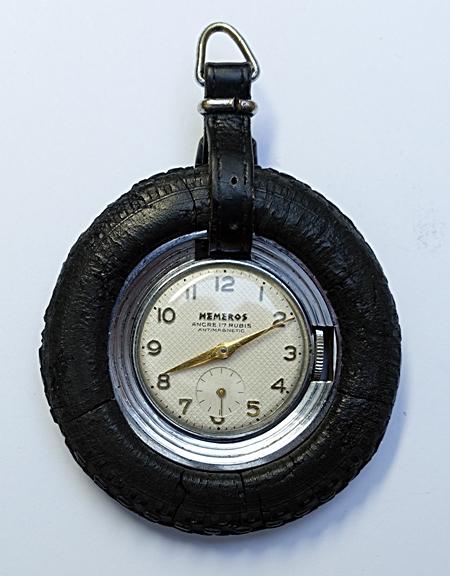 A Yary Watch as a giveaway from an Italian liqueur company: 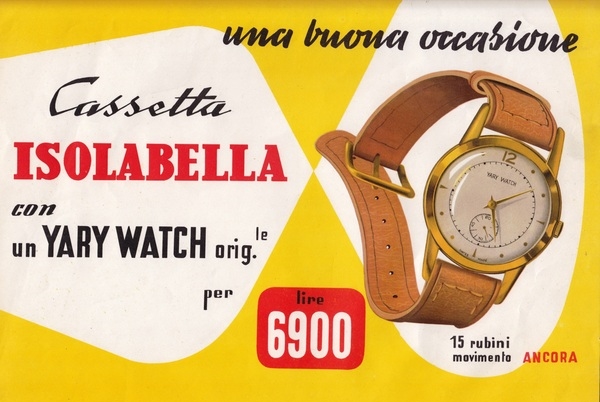 A PDF catalog of OISA, in which numerous watches and some movements are shown, can be found here:

The following OISA watch movements are listed there or on the website mentioned above:

Watches of the brand OISA EXTRA have movements, for which I couldn’t find a dedicated caliber designation so far. So I simply name them by there size.

These movements are likely to be the oldest ones developed by Morezzi and they date back to around 1940. They have a cylinder escapement, which was already outdated at that time.

Let’s now have a look at the company FAOO. She used the following brands for their watches:

Watches of these brands are extremely rare. Morezzi may have registered some of them but actually never used them. At least I have already seen pictures of a La Ponsine and a Tanova watch. Watches of the brand Nacar can be found quite often, but these come from a Swiss company. I assume that Morezzi did not use the Nacar brand himself, but instead supplied the Swiss company with entire watches or movements.

FAOO movements cannot only be found in watches of the brands mentioned above, but much more frequently in those of the Aretta brand. Aretta was a brand of the Italian company La Clessidra di Francesco Marinsek. Obviously, Morezzi sold his movements to other companies. In addition to the FAOO movements, Aretta also frequently used movements from the French manufacturer Lorsa.