HORAGE is still a relatively unknown Swiss watch manufacturer which within a few years has managed to develop its own mechanical movement, the K1. Maybe some of you have heard about the successful completion of HORAGE’s second Kickstarter promoted campaign. I’m a huge fan of individual watches so I was so intrigued to find out more. Whilst visiting the company in Biel/Bienne, Switzerland, I talked to the founders Tzu-Yu Huang and Andreas Felsl, as well as with Jonas Nydegger and Florian Serex.

During my visit to Biel and the follow-up of this post, strategic discussions were held with a leading supplier and independent, large corporation (www.cmsa.ch).

On the basis of this fact, we then decided to postpone the publication of this post until everything was on the safe side, because it was and still is about the financial and strategic participation on behalf of the K1 movement industrialization.

As you can imagine such negotiations are a little tedious and the unwinding of the HORAGE brand, the K1 movement and other business activities around Tzuyu Huang needed a lot of work and caution.

When I now speak of K1 and HORAGE in the following, then you simply think… HORAGE started with the K1. But to make it a success and accessible to other brands, Tzuyu Huang decided to embed K1 into a neutral company named “Cendres+Métaux Microtech AG”, which in majority owned by Cendres+Métaux Holding; a 130 year old company with significant firepower.

HORAGE has developed a fine collection of watches that are timelessly elegant, yet always have a modern touch, such as a refined glass cut. The models of the two Kickstarter campaigns are somewhat more unusual – check out the videos, they’re such a laugh!

BTW – My skills as a photographer are unfortunately very limited and if in case you’d want the professional pictures then visit the website:

My personal favorite is the Autark K1 White Rhodium:

And of course, my own Jonas K1 from the first Kickstarter campaign… clean, slick and open:

Since the Swatch Group supplies most watch companies with ETA movements, many watchmakers are facing the same problem: Where on earth are they going to get reliable and affordable movements?

Whilst talking to Tzu-Yu and Andi it was all so clear to why everyone should be more open-minded in branching out. Especially for those in need of the heart and soul: the mechanical watch movement.

The movement supply options are limited:

Option 1 – Avoid other Swiss manufacturers with unsure supply
Such as Soprod, Sellita and soon maybe even Ronda; their delivery capacity is by no means sufficient to meet all customer requirements.

Option 2 – Shopping in China
For example, at Sea-Gull. The quality is unfortunately not always at its best. And of course, many watchmakers, especially in Switzerland, have reservations about Chinese movements. Swiss Made is still for many people a sign of quality.

Option 3 – Shopping in Japan
At Miyota, for example: the Miyota 9000 series are in no way inferior to those of the ETA and are therefore often used by many manufacturers. So not a bad option, but yet again it is not Swiss Made.

Option 4 – Develop and produce an own movement in Switzerland
This can be done if you have access to significant financial resources and the guts to do it and even more important the people who are willing to put sweat and tears 24/7 into such a suicidal project. Okay, a pinch of nativity was needed in order to dive into the shark tank of the Swiss “mega” watch manufacturers. Guess what, they took that dangerous plunge … welcome to HORAGE!

The founders understood that the path towards their own mechanical movement wouldn’t be an easy walk in the park. The K1 is an almost 8000-meter-high mountain in the Karakorum Ridge. It’s hard to climb and thus perfectly suitable for this project!

Following the Technical data – so what makes this movement so special?

The K1 is a platform which can be transformed into different watch faces by applying various pre-integrated modules which is definitely very special.

Here are a few impressions of the components:

Philosophy Florian Serex is a strategic consultant and has more than 30 years of experience in the watch industry, including as CEO at Vaucher Manufacture, and since November 2016 a COO at La Joux-Perret. He explained in detail the differences between a classical manufactory and the industrial production.

Here are a few points he mentioned:

One of Florian’s examples: The right wheel has thin spokes and very sharp angles, while the wheel on the left has slightly thicker spokes and rounded corners. The right wheel is more delicate and elegant; however, the flatness is very difficult to achieve within defined tolerances during production. The left wheel is perhaps not quite as elegant (matter of taste), but significantly more robust and therefore better suited to produce larger quantities.

Further details can be found in this presentation by Florian:

The question is: How to position the K1 movement? We will get back to this later, first some impressions from the production.

After spending time in the office, Andi and Jonas drove me a bit through Biel where we passed some of the major manufacturers such as Rolex and Omega – very impressive!

Then finally the real personal tour started here at Armin Storm where the production of K1 was hiding: 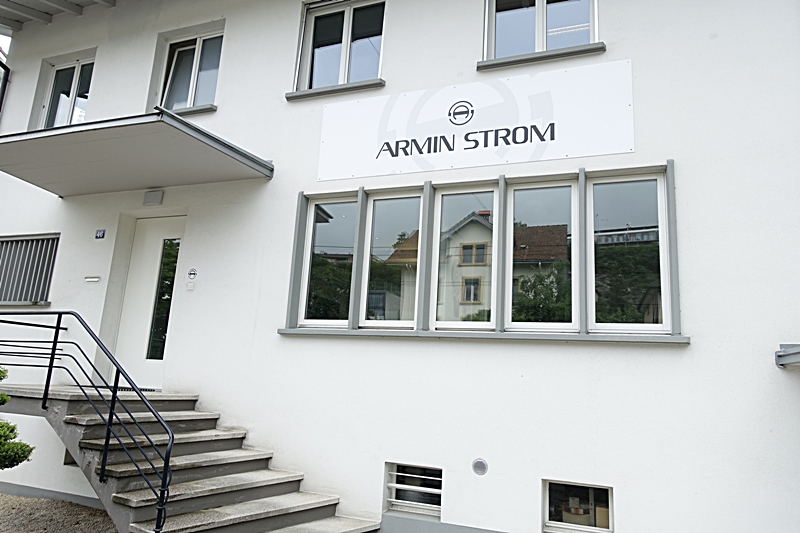 Armin Strom is a well-known brand among watch enthusiasts with a preference for large watches and elaborate engraving. This watch manufacturer allowed HORAGE to use their technical infrastructure to produce parts for the K1. Even today, Armin Strom and the new parent company, Cendres+Metaux Holding, continue to work closely together regarding the K1 Project. Besides Armin Strom there is another cooperation with Nautische Instrumente Mühle Glashütte, a well-known German watch company that contributes towards the K1 parts manufacturing.

I personally would love to see Armin Strom and Mühle Glashütte using the K1 movement for some of their watches one day.

Later on I also look forward to visit the sacred halls of a 130-year-old gold refinery where the new workshop is located: Cendres+Métaux Holding. 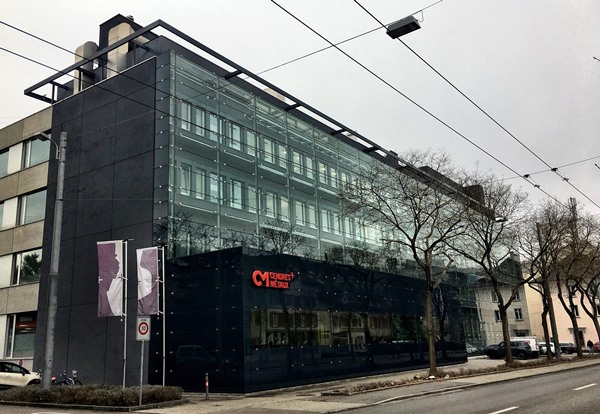 The Man of Production

Jonas Nydegger is the man to talk to and the nerd behind all of this. He is a true Swiss watchmaker and has a degree in production technique, including experience in prototyping, industrialization, design and production. Moreover, he is undoubtedly a professional by heart.

During production, parts are mainly turned and milled; above, a CNC lathe and in the next picture a gear-cutting machine. The parts were inserted by hand for the small prototypes and pilot series. However, for the current bigger series the machine is equipped with automation technology. 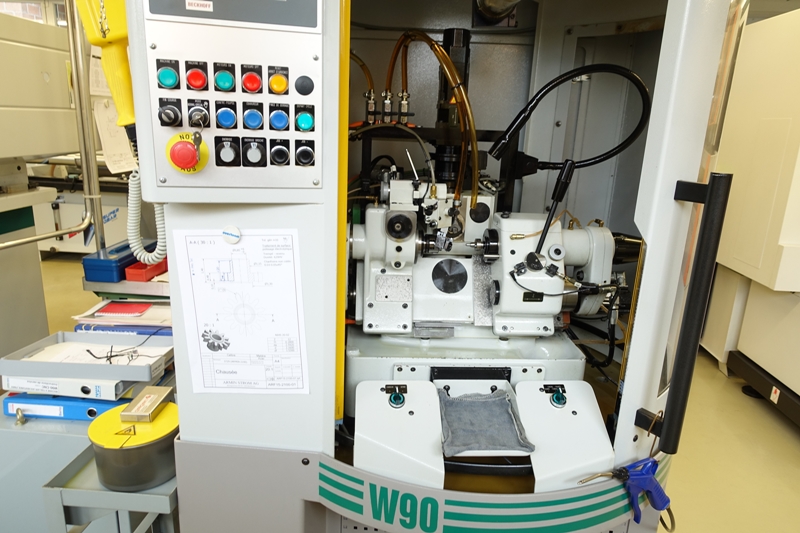 As seen above Jonas is assembling a wheel with a self-developed and built tool.

And without going too much into detail, Jonas is so to speak the real deal behind K1. Without him, it would never have reached the stage of maturity K1 has today. The tolerances are defined during development in such a way that they can be produced with the existing machines and still guarantee the function. Finally, the quality monitoring is done by Jonas personally, as he knows the machine’s abilities in detail and can react immediately when problems occur. Process control and quality assurance are the key elements to success here. Thanks to the close cooperation with the manufacturers (Armin Strom und Mühle), in having direct access their machines and mechanics, the major progress in the development and production of the K1 could be achieved.

All this experience can now be implemented in the new Cendres+Metaux K1 production facility. 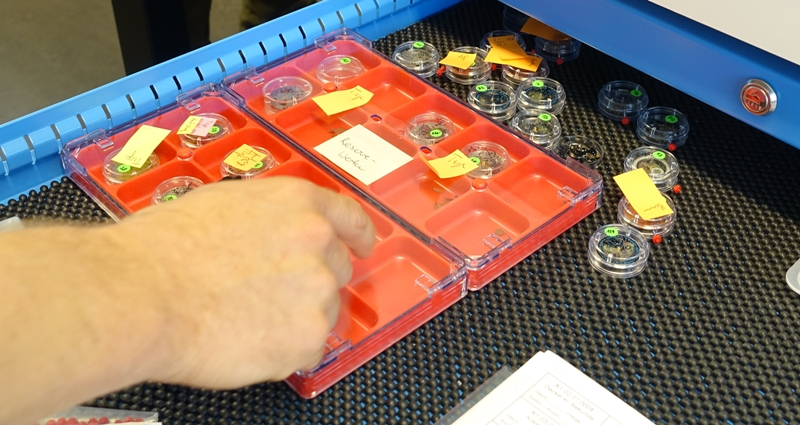 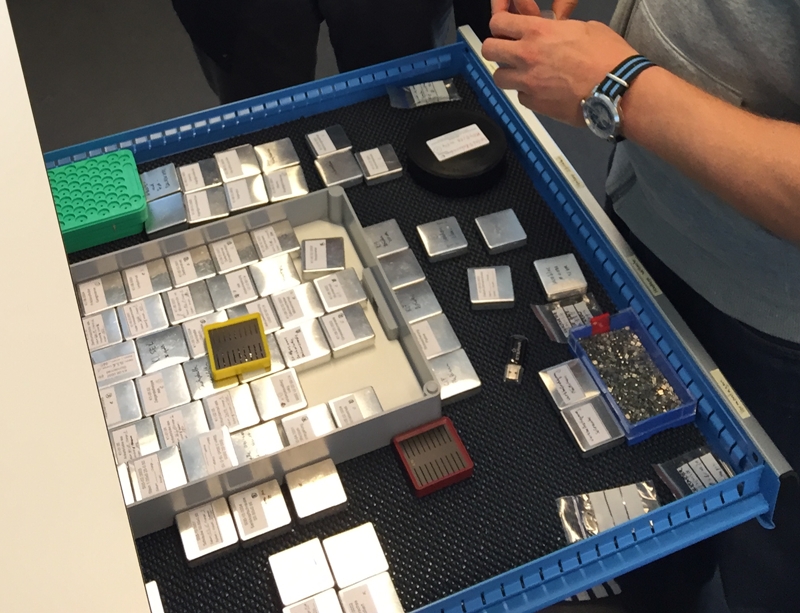 As a hobby watchmaker, you become almost envious; these little babies are some of the devices with which professionals like Jonas work to achieve reproducible results.

Above, an electric torque screwdriver and in the center an air-pressurized oiling machine. This ensures that every drop of oil is equal. And a measuring result of a K1 on a Witschi Micromat C-Timegrapher.

The first movement below.

Jonas not only works constantly on optimizing the production strategy, but also assembles each K1 movement by himself or his two new staff members (Simon and Marcella). After all this time working on K1 pretty much alone, I bet Jonas could assemble this movement with his eyes closed).

At the end of the day industrialization stops with the optimized supply of the parts having to be assembled. However, the assembly itself will always remain a task having to be performed by a human.

In just a few months, Jonas and Florian were able to develop and implement major improvements in functional safety, reproducibility and production cycle time from only a few watches that were sent back.  Further investigations, such as high-speed camera shots of the silicon escapement or computer simulations to detect tensions within the construction. Both gentlemen work incredibly meticulousness on such optimizations.

Here is an example of the improvement of the hands setting mechanism:

And here a simplification of the anchor bridge:

As you can see despite the optimization of the K1 production towards an industrial approach, there is still a lot of manual work involved. HORAGE therefore can be seen as a “Manufacture”! Which once again tackles the issue of how the K1 can be positioned in relation to a classic “Manufacture” movement or a highly-industrialized ETA movement.

And finally, this is where you find out why all this is so important to the watch industry and what the overall aim of HORAGE is: To develop not only a mechanical movement for other brands, but also watches for their heart.

K1 tries to combine the best of the two worlds “industry” and “manufacture”, because:

So thank you Tzu-Yu, Andi, Jonas and Florian for the ever-lasting discussions and insights on your life-time work: you all have an immense motivation in this project and are exceptionally open as well as transparent. And you certainly don’t avoid critical questions which in my opinion is rare in the watch industry!

As for my readers, to get a personal impression behind the scenes, you’ll definitely be welcomed with open arms by team K1.