Skip to content
I first became aware of Havila in the Flume Main Catalog from 1912. Unfortunately, there is no complete movement shown there, only parts of it.

A little later this pretty pocket watch movement came to me, as so often without a watch case. The wheel bridge of which perfectly matches the illustration above:

15 jewels, screwed Chatons, a temperature-compensating bimetallic screw balance with Breguet hairspring and a swan neck regulator show that this is a very high-quality movement. Unfortunately, the movement in the Flume Main Catalog has no detailed caliber designation, but is only recorded with a diameter of 19”’ (French Lignes), i.e. approx. 42.9 mm. The height of the movement is 6.2 mm. 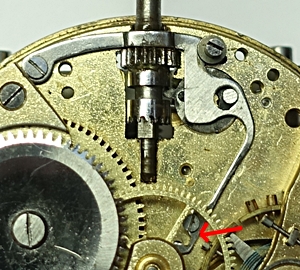 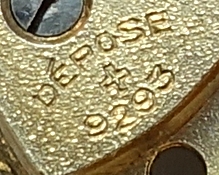 There is actually a patent CH9293 from 1894, but it has nothing to do with Havila or this movement, as it is for a box for packaging watches. So, 9293 is not a patent number! What else? A look at the Swiss Official Gazette of Commerce from 1903 clarifies: it is the registration number of two movement calibers, so-called models:

Model number 2 in the picture looks very similar to the movement shown above!

He also registered other brand names, for which I have not yet been able to find any watches:

The company Constant Houriet-Gindrat was finally dissolved on 28.06.1916 after the new company Houriet et Co. was founded on 20.04.1916, which had also registered Havila Watch Co. as a second company name:

The company’s headquarters were now in Geneva, about 170 km from the previous headquarters in Tramelan-dessus. Constant Houriet-Gindrat no longer appears here as the owner, but four other members of the Houriet family:

In the Deutsche Uhrmacher-Zeitung (German Watchmaker Newspaper) from 15.06.1916 it is noted that Constant Houriet-Gindrat has retired.

This postcard from 1917 gives us a little insight into Havila’s business life: 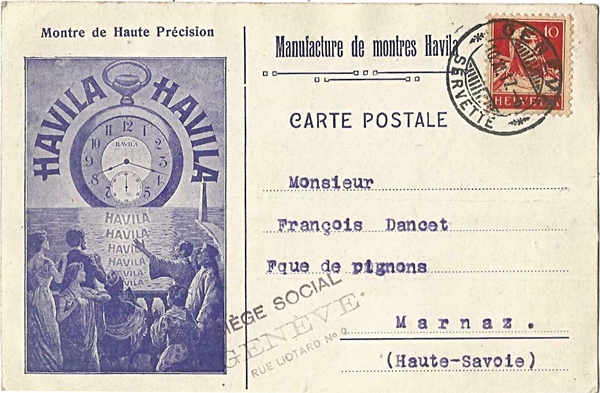 It is addressed to François Dancet, the owner of the Fabrique de Pignons (factory for wheels / pinions) in Marnaz in France. Havila urges the manufacturers to immediately deliver fault-free center wheels because the stocks have been used up. The emphasis on urgency and the required freedom from faults indicate that a problem with the supplier has existed for a longer time and has escalated. 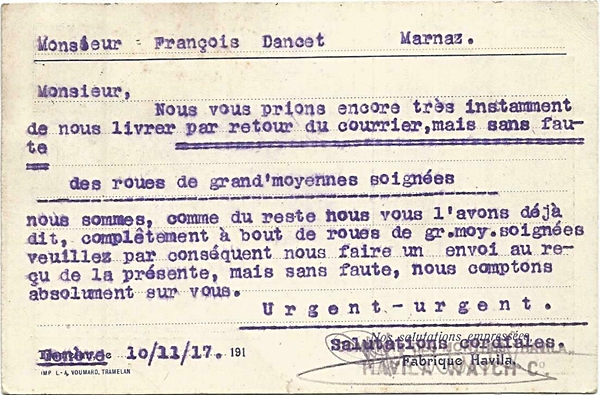 The new company was liquidated again on 01.03.1920, to rise again about two weeks later, on 17.03.1920, as Fabrique de Montres Havila S.A. / Havila Watch Co. under the direction of Paul-William and Paul-René Houriet.

This advertisement of the Havila Watch Co. in the Revue Internationale de l’Horlogerie from 1920 dates from this time:

It shows three Lépine (open face) calibers A, B and C, which have different quality levels:

All three variants have a diameter of 19”’, a height of 5.5 mm, and a bimetallic screw balance with Breguet hairspring.

So far, I could only find a damaged Havila A movement, in which many parts are missing, including the complete balance:

A pocket watch with the Havila B caliber: 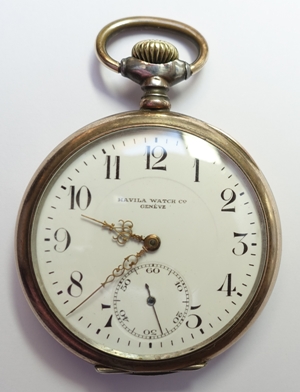 The Swiss and German silver hallmarks (grouse, crescent moon and crown, respectively) in the outer cover indicate that the watch was produced in Switzerland and imported to Germany. 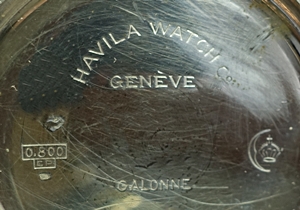 And a Havila C:

The respective caliber variant A, B or C is engraved on the bridge next to the crown wheel:

Apparently, there are also mixed forms of the different variants. Here is a movement marked with Havila B, which has a separate escape wheel cock, actually a characteristic of caliber A:

There are also B variants that have the wheel bridge type B but have 16 instead of 15 jewels. In fact, these two hybrid forms are quite common.

The Havila calibers A, B and C seem to be further developments of the movement shown at the top. For example, the clicks of variants A, B and C are simpler and more modern than the one of the Havila 19”’:

All of the Havila movements shown so far are Lépine (open face) calibers. In these, the winding stem and the small second are in a straight line. However, I could also find Savonnette (hunter) versions of the Havila A and B, in which these two lines form an angle of 90 °:

This Savonnette variants have a diameter of 19”’ and a bimetallic screw balance with Breguet hairspring. I haven’t been able to find a Savonnette version of the Havila C so far.

There is another Havila movement, available as Lépine and Savonnette versions, about which I could not find any further information:

These movements are labeled on the edge of the barrel bridge with Havila Watch Co. S. A. Genève.

I suspect that these movements were only developed after the ones shown above. They have a more modern winding mechanism and are significantly flatter. I guess they stem from the 1930s. This is also supported by the design of the corresponding pocket watch case:

On 18.11.1930 Montres Havila finally went bankrupt, to rise once again in 1932. This time under the direction of Emma Houriet, the widow of Constant Houriet, the original founder of Havila.

The next reports on Havila can only be found 15 years later, on 07.08.1947. The Fabrique de Montres Havila S.A. was dissolved and at the same time the Havila Watch, René Houriet, was founded.

Unfortunately, I could not find out whether the company was successful during this period and to what extent it was active. In any case, René Houriet prolongated the registration of the Havila brand on 27.01.1948.

On 30.11.1953 the history of the Havila company seems to be really over. It is dissolved by the owner himself.

Of course, I would be very happy about further information about Havila!

One thought on “Havila – A Nearly Unknown Movement Manufacturer”